October 17th is Spreadsheet Day! Get a $50 credit if you sign up for a paid plan between now and the 17th.
Announcing OpenAI integration
・
The power of ChatGPT in your work
Learn more

Gembah is a global product development marketplace where individuals, small businesses, and large corporations alike come together to create new products. The team uses Spreadsheet.com automations to set deadlines and project statuses, assign tasks to different departments, categorize issues by severity, and ensure nothing falls through the cracks. Here’s why they love Spreadsheet.com. 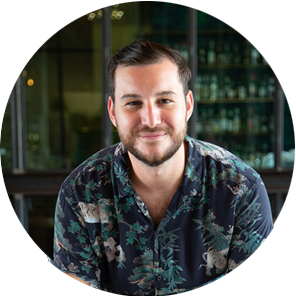 Originally from Dallas, Texas, Ryan now calls Austin home. Before joining Gembah in 2019, he taught English in Japan, worked in finance, and handled account management. He even toyed with the idea of launching his own product. Today, working at Gembah, Ryan and the rest of the team collaborate to make the production process faster and more enjoyable. In his current role, Ryan identifies holes in Gembah’s operations and finds and builds solutions, equipping his team with the tools they need to work as efficiently as possible.

Before Gembah switched to Spreadsheet.com, they used Google Sheets to coordinate between their clients and partners and to track projects. However, with many moving parts, they found a traditional online spreadsheet didn’t have enough features to keep up with their complex workflows.

For one, Gembah works with overseas clients who are not always able to access Google Sheets without using a VPN due to IT restrictions. As a result, partners sometimes missed email notifications from Google, meaning key members were out of the loop.

Google Sheets was also missing features Ryan was looking for to make his job easier, such as color-coded lists, and automations that send custom email notifications when tasks are assigned to employees, or when tasks are resolved, moved to a new sheet, or when a deadline is coming up. While conditional formatting could solve some of these issues, it didn't save him much time. He also struggled to add timestamps. “I was hitting a dead-end trying to figure out how to automate cell value changes in Google Sheets," he says. "Without using Zapier, or bringing in a third party, or learning to code myself, I didn’t have a solution.”
‍
The lack of built-in no-code automation tools meant Ryan had to complete tasks manually. He couldn’t apply formulas across cells unless he was using an array formula, which he describes as “painful.” He had to change project dates and statuses manually each time something changed, which ate into his productivity.

As Ryan looked for a better solution to streamline Gembah's workflows, a colleague suggested Spreadsheet.com. “As soon as I discovered automations in Spreadsheet.com, I knew I had found the right tool. I was just blown away,” he says. “The UI is so intuitive and the functionality can be customized as we see fit. It just makes me happy.”

One of the clearest benefits is that Spreadsheet.com enables Ryan’s team to communicate faster and more reliably. With the built-in Slack integration, everyone who is accountable for specific tasks receives a notification when something changes. “Things no longer fall through the cracks,” he says. “Our average time to resolve an escalation has become a lot shorter since making the switch to Spreadsheet.com.”

Spreadsheet.com saves me up to 5 hours per week just with automations.

Spreadsheet.com has also simplified cross-functional collaboration. Previously, the team worked in a large spreadsheet that became difficult to navigate around without a clear organizational structure. For about six months, they tried to streamline processes by defining steps (all 500+ of them) by project type and product type in Google Sheets. “It was too overwhelming,” Ryan says about what a colleague shared with him. “I didn’t know what any of the data meant. I would just exit out of that sheet because it was scary. Now that it’s color coded and organized in Spreadsheet.com—even though it’s the same large amount of data—I can easily navigate it. It actually makes sense. It’s easier to keep things organized, and it’s helping us to direct our engineers to the most urgent tasks. We wouldn’t be able to do it without Spreadsheet.com.”
‍

Ryan still uses Google Sheets to manage simpler tasks but he says, “for complex work management systems like this that I need to build, the built-in features in Google Sheets are just not there. My goal is to make things as easy as possible for the team to use and I've been able to do that with Spreadsheet.com.”

As soon as I discovered automations in Spreadsheet.com, I knew I had found the right tool. The UI is so intuitive and the functionality can be customized as we see fit.

“I really like the automations,” Ryan adds. “When I'm reading a message, I can insert data from the row instead of hard coding things. That's fantastic. That makes life way easier. The ability to assign to people, which is tied to their email address as well. That's great.”


While Ryan uses multiple unique features of Spreadsheet.com, it’s the automations that he particularly loves. “Spreadsheet.com saves me up to five hours a week just with automations,” he says. “It has significantly reduced the number of tasks I have do manually.” In one project management spreadsheet, Ryan is using 21 automations—from automatically setting new dates and statuses, to triaging escalations depending on severity level, and sending out deadline reminders via email or Slack.

Automations play a pivotal role in the escalation system that Ryan built with Spreadsheet.com. “We have a spreadsheet that automatically tracks escalations, and automates responses and timelines,” he says. “This is is the most impactful thing I've built with the platform.”

The automations play a pivotal role in the escalation system that Ryan built through Spreadsheet.com. “It tracks escalations, automates responses and timelines,” he says. “That’s the biggest thing I built through the platform.”

Communication and collaboration are key for the team at Gembah. Spreadsheet.com helps them relay messages and share information in easy and effective ways with built-in features. 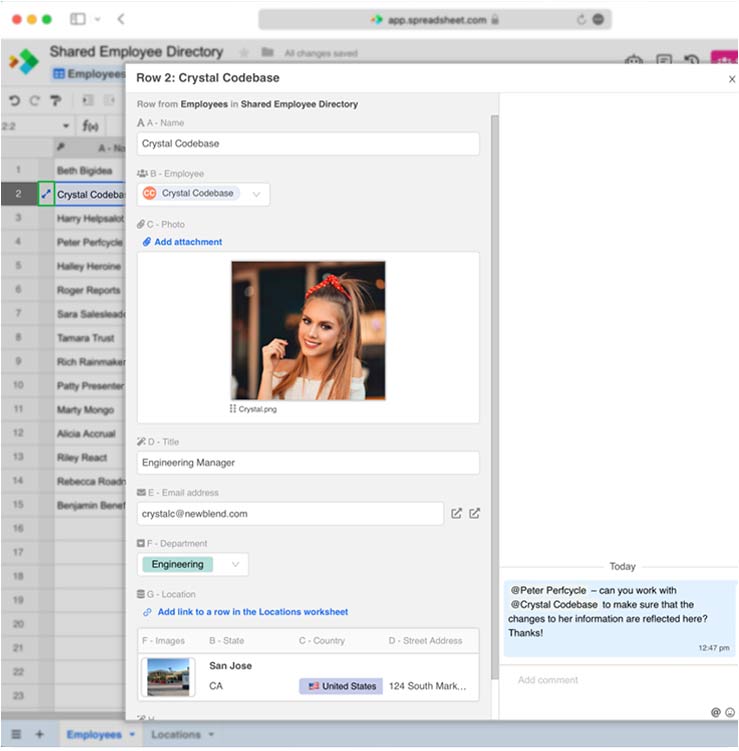 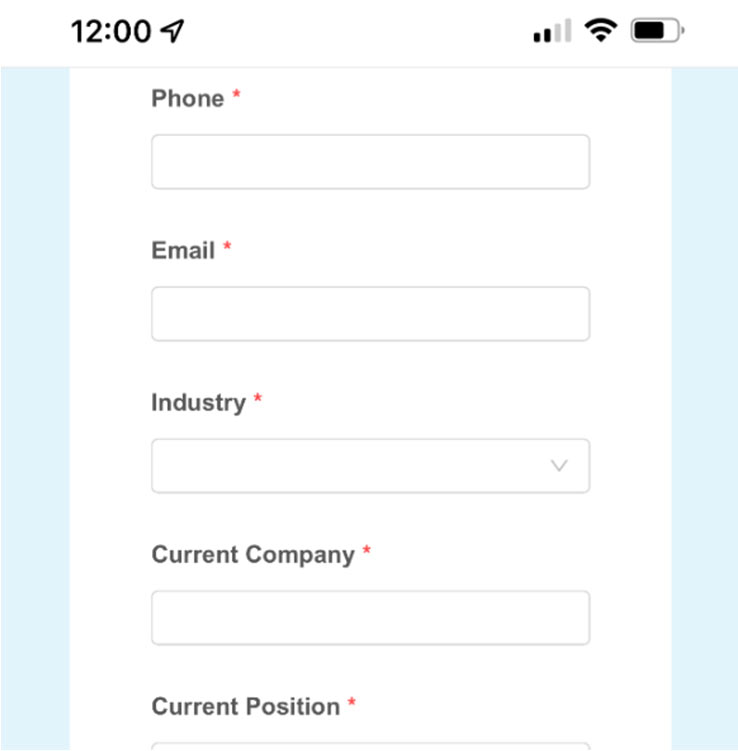 Spreadsheet.com forms provide a great way to collect and share data with anyone. You can use Form views to share and embed forms for many things, such as compiling user or personnel databases, collecting signups for an event, soliciting feedback on a product or initiative, and more. Whenever a user submits a form, Spreadsheet.com creates a new row in the spreadsheet, which is configured to organize information in a clear way. All of these features have proven useful at Gembah.
‍
“Spreadsheet.com forms are much more tightly integrated into the spreadsheet than Google Forms,” Ryan says. “If I can find a way to use a form in Spreadsheet.com, I’m going to. A lot of interactions, like escalations, are conducted via forms by the entire global team.”

Sharing information in real time is important to Gembah. By opening a row in Spreadsheet.com, the team can communicate, give notes and feedback, and facilitate faster and more reliable collaboration all from one dialog rather than just within the grid.

“Opening rows gives us deeper visibility into the process,” Ryan says. “Being able to see and work with everything in a row in a nicely formatted dialog is amazing. With Google Sheets, we’d have to make adjustments. I had to either resize rows and columns or wrap text and make the cell 45 feet tall to be able to read it. It makes for such a bad experience. There's much more uniformity to Spreadsheet.com when we can just open rows to view the details.”

Data types determine what sort of data can be in a cell and allow you to go beyond the typical alphanumeric characters and formulas. There are more than 25 data types in Spreadshet.com (like adding file attachments inside cells, and assigning users to get notified when rows change). Setting them up means making your workbook more functional, easier to understand, and faster to work with.

“One of the biggest problems with Google Sheets is even if you have a formula in an entire column, once a form is submitted and a new row is added, there is no formula in that new row unless you use something like an array formula,” Ryan says. “In Spreadsheet.com, it’s much more intuitive. Using the Column Formula data type, it gets applied to every cell in that column automatically. It makes so much sense.”

“I love automations,” Ryan says. “When I'm creating an automation to send a message, I can insert data from the row instead of hard coding things. That's fantastic. It just makes life way easier. The ability to assign to people to rows, which is tied to their email address so they get notified. This is also great.”

Automate your busy work away with these templates:

A better way to plan, manage, and automate work.

Get started — it's free